Earl of Darkness (Heirs of Kilronan) 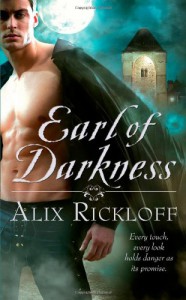 In this book being "Other" (mix of fae and human) is the persecuted group. They hide their magical abilities and become the target of fear when strange things happen. Cat is one of the Others but her fall from grace was more mundane than anything magical. She was young, fell in love and had a child out of wedlock. In the 1800s that was akin to calling the devil himself in society. So, shunned and after the death of her infant son she was ousted from her childhood home and found a place with an elf who treats her like family. He teaches her the thieving trade and this is how she meets Aidan. He's an Earl and an other who is exploring his family history which is hidden from him in a language he cannot understand. Cat's gift helps her to read Aidan's diary his father left him. Instead of turning her in for trying to steal the diary he decides to employ her. Their adventure and friendship grows from this mystery Aidan's father has laid before them. Plus, they also have to figure out who else knows and wants this diary so bad he is willing to raise an abomination which is unstoppable and kill everyone and everything in his way.

I have to say I loved Cat in this book. Despite the problems she has had in her life she faces life with bravery and a will to survive. She imparts this upon Aidan who is slow on the uptake of this gift. And although there is a great sizzle and lots of sexy time in this book, I had a hard time liking Aidan. Cat was the braver of the two and Aidan kept hanging on to his aristocratic ways. In fact, I really didn't warm up to him until he was finally honest with himself and with Cat as to what he was willing to face with the choices that have been left to him.

I give this book 3 stars. I really enjoyed Cat and the sexy-time was pretty hot. I will say that I would have enjoyed a bit more world building and the ending was left with too many questions left unanswered. It wasn't a cliffhanger, but you know you have to keep reading this series to find out who the heck they are up against.
Tweet