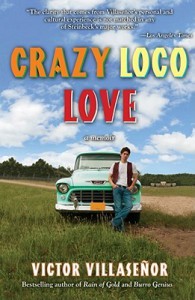 The book starts out with several quotes. I'll give you one since they were all saying the same thing in a different way:

"Our deepest fear is not that we are inadequate. Our deepest fear is that we are powerful beyond measure. It is our light, not our darkness that most frightens us. We ask ourselves, 'Who am I to be brilliant, gorgeous, talented, fabulous?' Actually, who are you not to be? You are a child of God. Your playing small does not serve the world. There is nothing enlightened about shrinking so that other people won't feel insecure around you. We are all meant to shine, as children do. We were born to make manifest the glory of God that is within us. It's not just in some of us; it's in everyone. And as we let our own light shine, we unconsciously give other people permission to do the same. As we are liberated from our own fear, our presence automatically liberates others." — Marianne Williamson (A Return to Love: Reflections on the Principles of a Course in Miracles)

This is a coming of age book. It showcases how Victor Villaseñor discovered his philosophy for life. For living. It starts with a child emerging from a black and white world in terms of sexuality into the confusing pallet of an adolescent. It is very straightforward and honest in this respect and I imagine some people having a hard time with it. However, if you see it as a rite of passage and a beginning into thinking for himself, you understand why he was so honest. It is one way we are wakened up to the world and he is very honest about it's confusion.

As the book goes on we also see how prejudice can influence your self-image. Words have power only when you let them, but how can you recognize that power when people keep telling you the same thing before you are able to grasp that you can think for yourself? He shows what impact racism had on his life. This is as poignant today as it was in the late 50s early 60s when this book was set.

He also shows how he came to his view on religion, male/female, love, labels, in fact all major aspects of life have been influenced by fear. Fear that was institutionalized by others and especially by ourselves. Basically, to me this is a book that philosophizes how we can free ourselves by freeing ourselves of the fear that holds us back. In fact, I would have loved to see a conversation between him and one of my favorites, Joseph Campbell. I believe that would have been a interesting discussion indeed. :)

How do I rate this book? That is a hard question. I enjoyed the philosophy but the writing was a bit erratic. That could have been purposeful as adolescence does seem very erratic at times. The message still comes through and so because of that I will give it 3 1/2 stars. This is not a book for everyone. Not everyone wants their world questioned. So, bear that in mind.
Tweet