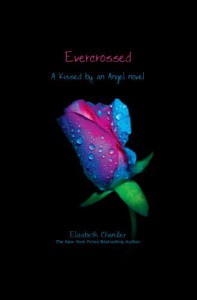 This is the 4th book in this series. Yes, before you say... "AH HAH! She has done it again!" I can explain! *looks innocent* I actually thought this was the first in this series. I think I somehow got the first confused with this one. Don't ask me how. That, even I don't have a clue how that happened. Anyhoo... there is enough detail and backstory in this book that allowed me to at least follow what was going on here. However, I do believe that this story would have read much better if I had read the first three books before I read this one. So, I suggest those that haven't read these stories pick up that first book that has the 3 stories in one tome all ready to go for us voracious readers. I might go back and read that one to see if it makes a difference in reading this story.

This book is very much a YA book and while I didn't connect with Tristan and Ivy's soulmate type of love (which makes sense for me) I could see that not even a year had passed and she already had another boyfriend. Now, I'm not doing a "how dare you" review as we all grieve differently, but it would seem that her new boyfriend would have realized that she would still be raw from grief even if Ivy wouldn't admit it herself. Especially since Tristan and the new boyfriend, Will, knew each other and both were in the previous adventure. I also was annoyed with her best friend, Beth. She was supposed to be her friend and would caution her being with the new "guy" that came into her life, but gave no whys or even got to know him so she could be specific. Her constant picking at the new guy really got on my nerves at times. I will say, however, the twists and parts trying to throw you off the trail were well done. Especially in a YA. I do caution you as I usually do with these type of endings; it is a cliffhanger.

I give this YA 3 stars. Although I had trouble with some of the characters, I did enjoy the writing and the mystery in this story. I do recommend that you read the first book which now has all 3 books together. The book is to be published today.