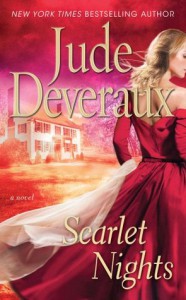 Edilean is a very small town in which everyone knows everyone else. If they aren't related to one another, then they have known each other since birth. They are not opposed to "outsiders" but are very protective of one another as well as the town's history. So, when Sara Shaw gets engaged with Greg Anders, a man that no one in the town likes, Sara sees a conspiracy from the town to rid her of Greg. This doesn't bode well for Mike who has to use Sara and seduce her away from Greg to catch the mother/son criminal team. Sara is not dumb and figures out what her best friend's brother is up to right away. This frustrates Mike but makes him more curious about Sara. However, no one can figure out why Greg wants to marry Sara. They know he intends on killing her, but for what? As this mystery lingers, Mike and Sara really get to know one another and start to fall for each other.

I did enjoy this romantic mystery. Yes, there were times where I questioned if the two characters would really mesh, but it didn't feel too odd either. My biggest complaints were more about the descriptions of the characters. Sara was often described as old fashioned, but her attitude displayed anything but being old fashioned. Mike was also described as balding and not handsome, but other times had a full head of hair and was smoking hot. So, there were times I was confused. The characters in my head changed form and there were no shifters in the book that I was aware. Other than that, the mystery was well played and some of the secondary characters actually became very interesting to me (the Frasier boys... oh, I want to meet them! rawr!). So, I give this book 3 stars and recommend this book to anyone who likes a mystery romance.
Tweet