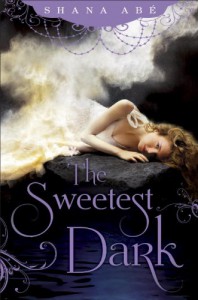 This book starts out with Lora, without memory, as a 10 yr. old child on the streets of London. Soon after, with the charity of nearby folks, she finds her way into an orphanage. A few years later and as war looms Lorna finds herself with an opportunity for learning at a privileged boarding school. She also finds herself amongst someone else just as strange as herself. This kicks of the start of figuring out who she truly can become.

Reading more like a historical YA I slid into the lyrical writing of the author and found myself at the beginning of a mystery. The mystery of Lorna. Not just who she was and where she came from, but what she was. I loved the writing, but still felt a bit apart from the characters even though I liked them from the beginning. Still the writing itself engaged me.

The writing isn't the only thing that engaged me, but the mystery of Lorna. Why she perceives things in the way that she does, where she came from... what it all means. During the mystery a letter suddenly appears becomes quite confusing. It seemed to have no part in the tale. You wonder about the editing, but it seems purposeful. As frustrating as this was, as confusing as it was, it also made me curious. Trusting the author I knew it would be of import and slowly the pieces came together. As the parts came together so did my connection to all the major players in the mystery. The letter also finds it's place of import. I also found myself not wanting to put the book down.

I give this book 4 stars. I really enjoyed Shana Abé's writing. Although this book ends fully and feels like a standalone, it is actually part of a series and I can't wait to read the next installment. I'm now on the lookout for other books by this author as well.
Tweet